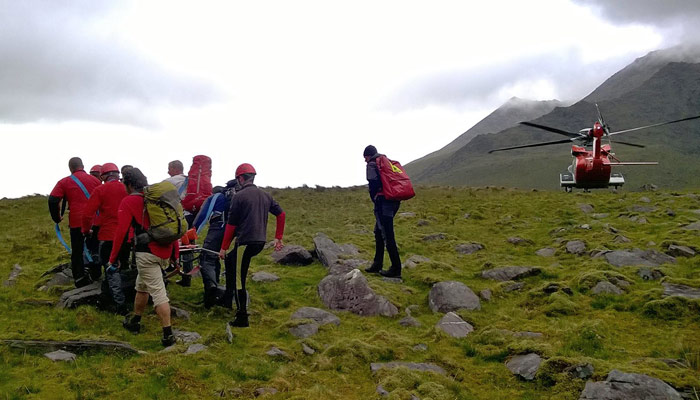 Kerry Mountain Rescue Team were called to the rescue of a hillwalker on the lower northern slopes of Cnoc na Toinne, above the Hag’s Glen in the McGillycuddy’s Reeks. The walker sustained serious injuries in a fall from a common descent route known as the Zig-Zags or Bothar na Gíge. KMRT members treated the man at the scene for multiple injuries and stretchered him down the mountain to a flat landing zone at the top of Ard na Locha, where he was immediately transported by Rescue 115 Coastguard helicopter to Tralee General Hospital for further medical treatment.