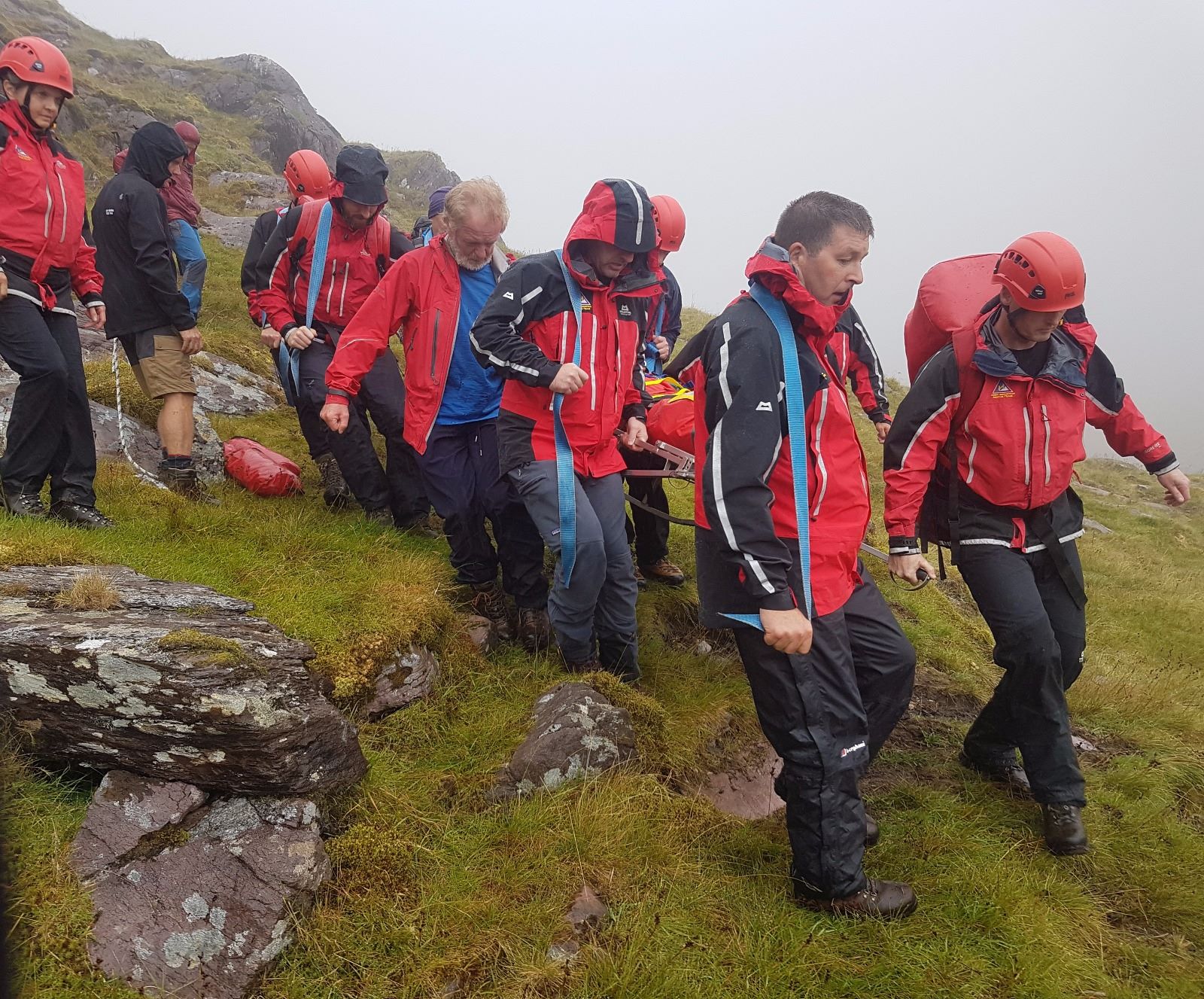 At 15:45 KMRT were tasked to assist a woman in her 50’s who had slipped and sustained a lower leg fracture on descent from Cnoc na Toinne on the popular Zig-Zags route. The team lowered the casualty by stretcher to the valley floor and transported her by Landrover ambulance to the trailhead at Lisleibane where she was subsequently transferred to UHK for further treatment. The callout involved 15 team members and concluded at 19.00.