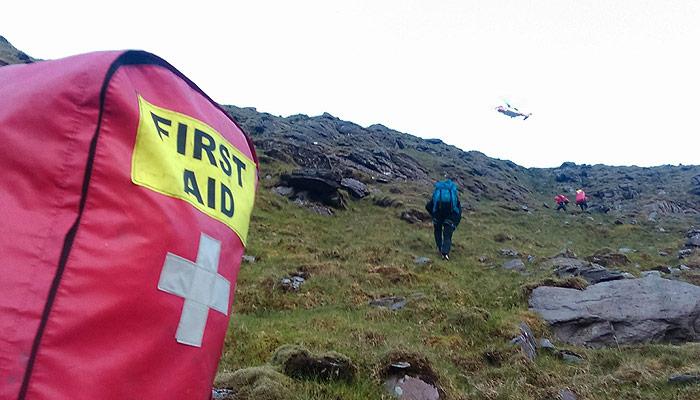 On Sunday evening at 8.00pm, 18 members of Kerry Mountain Rescue Team along with the Waterford based Coast Guard helicopter were called to the rescue of a hillwalker on the lower northern slopes of Cnoc na Toinne. The walker, a man in his 50’s had climbed Corran Tuathail earlier in the day and fell while descending the mountain. The incident happened on a popular route known as the Zig-Zags. The Team assisted Rescue 117 with the winching of the man to the helicopter for transport to hospital.The callout concluded at approximately 11:00pm.