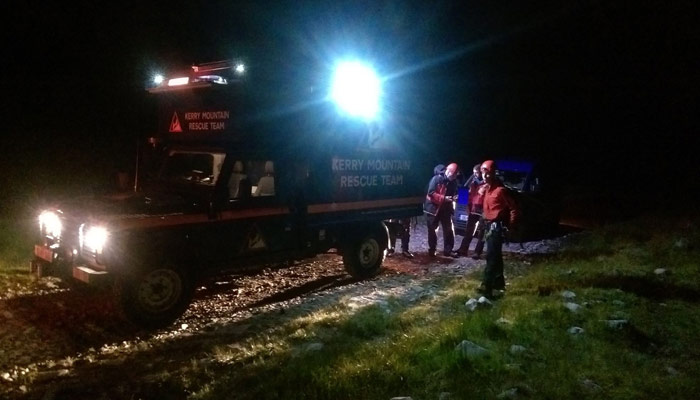 At 23.30 on 12th September, Kerry Mountain Rescue Team was called to assist the Coast Guard Unit from Castletownbere with the rescue of a tourist family from a crag on the south side of Hungry Hill on the Beara Peninsula.The family of 4 had become crag-fast on a small ledge near a waterfall late in the evening. Members of the Coast Guard Unit hoisted the individuals to safety on a larger ledge further up the crag, where they were short-roped down to lower ground by members of the KMRT. 20 members of the KMRT were involved in the operation, which concluded at Rescue Base at 05.00.